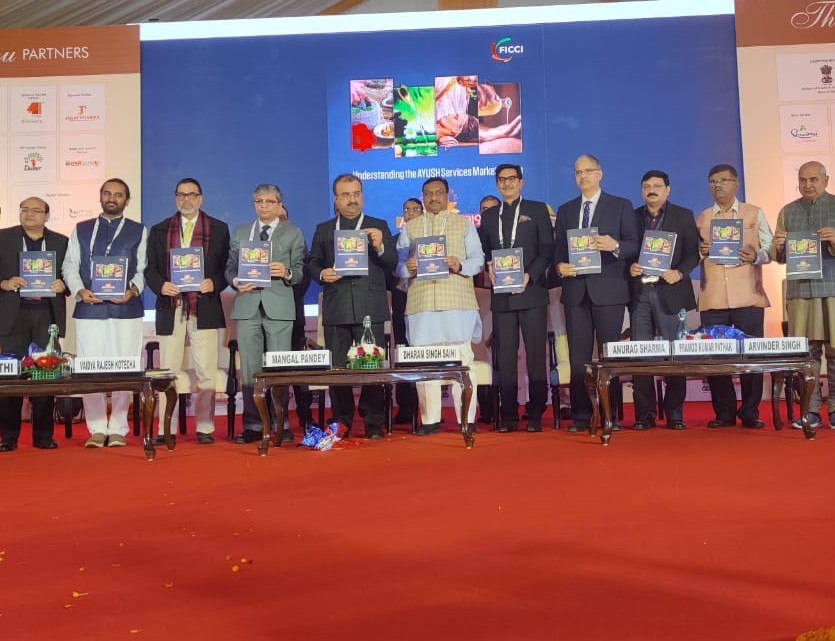 “NABH & QCI have recently launched entry level standards of accreditation programme for practitioners and entrepreneurs who can start their day care facilities, hospitals around AYUSH with minimal standards to reach out to a wider audience across the country. We have received Rs 760 crore for providing soft loans and subsidies to entrepreneurs – contributing to the rapid growth of the AYUSH Sector”, he added.

Pramod Kumar Pathak, Additional Secretary, Ministry of AYUSH, Government of India, introduced the theme of the exhibition and conferences at the inauguration ceremony.

Arvind Varchaswi, Co- Chair – FICCI AYUSH Committee & Managing Director- Sri Sri Tattva, while highlighting the importance of AYUSH system in our daily lives and the benefits of Ayurveda and yoga, said, “AYUSH is an integrative system of healthcare and wellness for the world and is time to use India’s 5000 year old wisdom on AYUSH to live a healthy life.”

Anurag Sharma, Chair – FICCI AYUSH Committee & Member of Parliament, Government of India and Director-Shree Baidyanath Ayurved Bhawan Ltd., said, “Ayurveda has grown internationally. The need of the hour is for all of us is to try to make Ayurveda the system of medicine, recognized all around the world.”

‘FICCI – F&S Knowledge Paper on “Understanding the AYUSH Services Market in India’ was also released during the event.