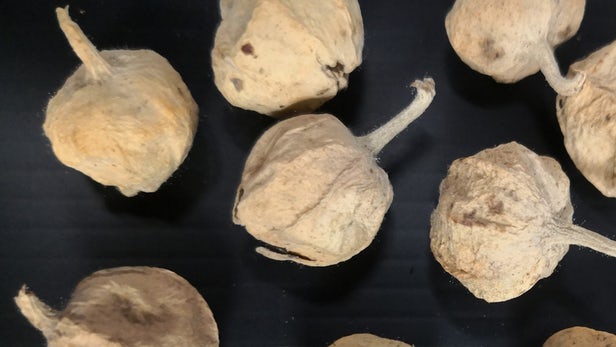 Commonly known as Paneer dodi, the herb Withania coagulans has been used in traditional Indian medicine for many years now – among other things, it is claimed to help control diabetes. A new study shows that it indeed may do so, particularly when it’s ingested within special capsules.

Unfortunately, however, the berries are very bitter – this makes it quite difficult to consume a sufficiently-sized dose of an extract obtained from them. Additionally, even if someone were able to eat or drink enough of that extract, much of its medicinal content would likely be destroyed by their stomach acid.

With that in mind, the researchers encapsulated their W. coagulans steroids within nanoparticles made of chitosan, which is a natural substance derived from shellfish exoskeletons. Those particles were in turn coated in a food-based starch, making them better able to withstand acidic conditions. This was done so that they could pass through the stomach, not dissolving and releasing the steroids until reaching the small intestine.