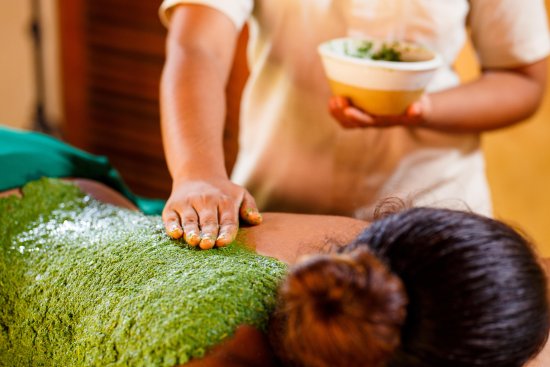 Ayurveda gets a look-in from a US expert

Nicole Wilkerson, a 47-year-old doctor from the US and an ardent practitioner of Ayurveda for many years, arrived at Visakhapatanam from California to take part in a 21-day treatment and training offered by a city-based doctor, KVP Tejaswi Dwibhashyam. Wilkerson arrived in the city, along with 10 of her patients, who believe that Ayurveda treatment is intertwined with spirituality and life-style.

“During my childhood, my mother was diagnosed with cancer. She was cured with natural forms of treatment (Ayurvedic and Chinese medicines) only. That deepened my belief that Ayurvedic treatment has immense healing powers. I personally witnessed how effective it is while learning the practice,” she said.

Ms. Wilkerson runs the New Leaf Ayurveda clinic in California and according to her Ayurveda is gaining great popularity in the US even though the country has strict norms governing medical treatment. She says that all Ayurveda treatments cannot be practised in the US.

According to Wilkerson, “Many patients suffering from neurological issues, autism, parasite infections and stomach inflammation are being treated through Ayurveda. Ayurvedic treatment enjoys good reviews in California and will improve in the future.”

“It has been a good experience training them. They are dedicated to ensuring a healthy diet. Many have been following Ayurveda for a few years, says the city-based Ayurveda doctor KVP Tejaswi Dwibhashyam who will be training the team.