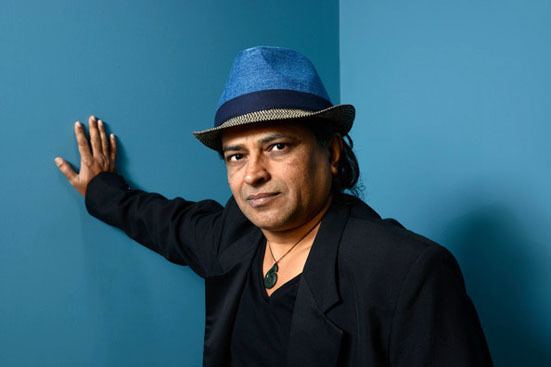 Ayurveda: The Art of Being

" In Ayurveda…they have said that the first factors that can create a disease are related with human intelligence. How did they know, two thousand years ago … that stress was going to be such a factor in our life? "

It is around 11 years passed since the release of ‘AYURVEDA: THE ART OF BEING’, an exceptional movie, probably the first of its kind, which was written, edited and directed by Pan Nalin. The movie celebrates Ayurveda that went almost unrecognized during two centuries of British colonial rule in India, and examines some of the reasons why Ayurveda
has become incredibly popular all over the world. Ten years back, from Paris, Pan Nalin wrote:” During the three long years while preparing the film I have been surprised to discover how scientific Ayurveda is. I personally believe that our world of today, into a new millennium, is going to need natural arts of healing like it never did ever before. Spirituality and natural balances will play a vital role in governing our happiness in near future”. After a decade, his intuitive words claim more relevance than before.

Pan Nalin is an Indian film director, screenwriter and documentary maker. Nalin is best known for directing award-winning films like Samsara, Valley of Flowers, and Ayurveda: Art of Being. His debut film, Samsara went on to win awards like “Grand Jury Prize Special Mention” at AFI Fest and “Most Popular Feature Film” at Melbourne International Film Festival in 2002. Pan Nalin (Nalin Kumar Pandya), a self-taught film maker, was born in a remote village in Gujarat, India. As a child, Nalin disliked schools; instead he used to paint and draw. His mind was wandering through the world of colors, light and shade. He actively staged mythological dramas and folk plays. But it was until he was nine years old, that Pan Nalin saw a film for the first time. He always had dreamed of making movies himself!

At teenage, he left his village in pursuit of cinema. He got a chance to study Fine Arts at the M. S. University of Baroda and eventually got an opportunity to learn Design at the prestigious National Institute of Design. He made four animation films and twenty short silent films before moving to Mumbai where he worked as production runner until directors realized his potential and started to give him opportunities to direct commercials and corporate films. Pan Nalin, came into global limelight with his debut feature Samsara (2001).
Nalin lived in USA and UK for a short period and then set out for six-month long nomadic existence in Europe. On returning to India, he roamed the Himalayas deep and wide -in search of his voice. After a long process of unlearning, he developed ideas for several feature films -and started writing.

In the year 2001, Pan Nalin made a movie on Ayurveda featuring five elements, earth, water, fire, air and ether in visible and invisible form. The movie was 102 minutes long. It travels nearly 15,000 kilometers through landscapes of exceptional beauty and geographical variety in India, Greece and USA. Pan Nalin and his research team constantly searched out people and places inorder to voice the story of Ayurveda through exceptional ‘Vaidyas’, patients and experts. His words pictures that wonderful journey: “Some of the Vaidyas have revealed their secrets and open their home and clinics to us. Plant searching tribes took us into a dark corner of jungle where a rare endangered plant still grows wild. Ancient Palm-leaf manuscripts locked away for three to five centuries were in front of us. Ancient ‘Mud-Scanning’ method of Diagnosis has been considered extinct and lost but our months long efforts managed to track down the last surviving place.

A rarely seen lost science of Marma, vital points, and how it can kill or cure; was demonstrated on a goat for the first time revealing vital points which can paralyze”. AYURVEDA: ART OF BEING was theatrically released worldwide with major success. The film celebrated a yearlong theatrical run in Spain and record-breaking three-year long run in France. The film met with similar success in USA, Canada, Germany and Holland.

“No single film can do justice to the vast science of Ayurveda but for me the film is just a sharing, but the sharing that inspires, naturally” says Pan Nalin. Presently, this well-known film director lives in India & France.