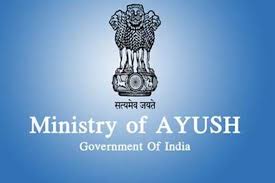 India’s traditional medicine system is all set to go high-tech with the Union Ayush Ministry taking steps to set up a nationwide AYUSH grid connecting all hospitals and research labs to record case histories so that a huge amount of evidences can be generated through data analytics about the efficacy of Ayurveda.

“While robust research is being conducted into Ayurveda, the problem arises in implementation of integrative medicine at the level of public health. This is because Ayurveda is still not accepted as a science by the Allopathic community. Ayush Grid is expected to take care of these gaps,” Dr Rajesh Kotecha, Union Ayush Secretary said.

In fact, Prime Minister Naredndra Modi too last week, while speaking at a Yoga Awards ceremony emphasised on the need to create a homogenous system by creating an “Ayush grid” on the lines of one nation, one tax and one nation, one mobility card.

The move has been welcomed by the ayush experts and manufacturers. “This would instil confidence among people as well as bring transparency and accountability in the sector at the time when the Government is focussing on universal health care,” said Sanchit Sharma, executive director of the AIMIL Pharma Ltd. He agreed with the Prime Minister’s view that technology intervention will eliminate silos in the area of Ayush. Modi had pitched for connecting technology with tradition in the practice of Ayush medicine as he announced the Government’s plans to establish 12,500 Ayush centres across India, 4,000 of which will be set up this year. Ayush medicines will be provided in these centres.

The burden of Non Communicable Diseases (NCDas)  is immense in the country. As per the Indian Council of Medical Research (ICMR), deaths due to NCDs has increased from 37 per cent in 1990 to 61 per cent in 2016. The WHO has already recognized diabetes as a growing challenge in India with an estimated 8.7 per cent diabetic population between the age group of 20 and 70 years. In India, the Global Disease Burden (GBD) 2015 ranks chronic kidney disease as the eighth leading cause of death.