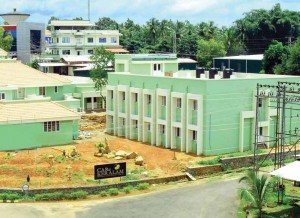 For a big leap

It was quite a paradox that while Chinese herbal medicine made deep inroads in to the global market of alternative medicine, even in India, Ayurveda was held at the gate for lack of standardisation and documentation. That it happened to a science which was the health keeper to a nation for more than 4000 years was reason enough for all the stakeholder to introspect seriously about. However, Kerala Industrial Infrastructure Development Corporation (Kinfra), in association with a host of manufacturers, has made a small but significant step towards remedying this situation by setting up a unique facility for standardisation, documentation and quality control.