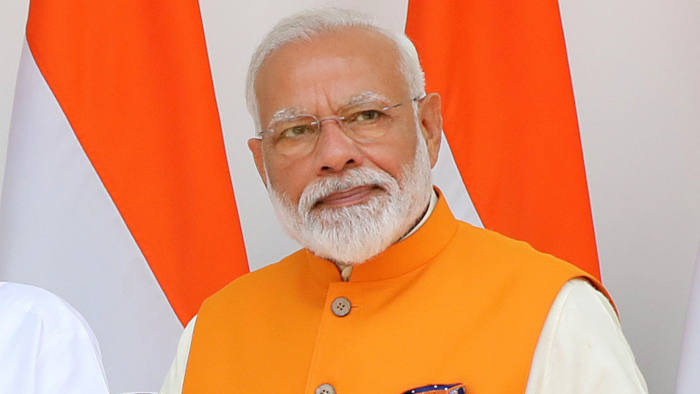 Prime Minister Narendra Modi will release on Friday commemorative stamps on 12 modern masters in the field of traditional Indian systems of medicine and yoga to celebrate their unsung legacy, officials said on Thursday. The stamps will be released by the Prime Minister at an event at Vigyan Bhawan here, said officials from the Ayurveda, Yoga & Naturopathy, Unani, Siddha and Homoeopathy (AYUSH) Ministry. The 12 modern AYUSH masters include Dinshaw Mehta, who was a close confidant of and personal physician to Mahatma Gandhi; Hakim Mohammad Abdul Aziz Lakhnawi, who established a medical school in Lucknow in 1902; Swami Kuvalayananda, who made Yoga more acceptable to the modern world; and Hakim Mohammad Kabiruddin, one of the most prolific writers and a great academician of Unani medicine in the 20th century, they said.

“The idea was to select ‘Rockstars of AYUSH’ who were active in their respective disciplines from 1850 onwards,” a senior AYUSH Ministry official told PTI. “We applied two yardsticks while selecting the names — the kind of impact they made on the respective system as we were looking at those who made a lasting impact, and secondly, those who preached with a scientific approach,” he said. Asked as to when did the work begin on these stamps, the official said, the process started almost two years ago when the then AYUSH minister Shripad Naik highlighted that the contributions of modern AYUSH masters was not being fully recognised in the country and suggested that the ministry make an attempt to inform people about them and their work.

“So after that, a multi-disciplinary committee of experts comprising people from research councils and national institutes was constituted and they came out with a list of around 30 names,” he said. “Broad-based consultations were held and names of AYUSH masters from all over the country were considered,” he said, adding, the ministry then shortlisted 12 names and coordinated with the Department of Posts for the release of stamps. The names range from Ayurvedic scholars to authors of Siddha medical dictionary.

“Dr Dinshaw Mehta was a close confidant of and personal physician to Mahatma Gandhi. He helped Mahatma Gandhi establish the Nature Cure Clinic and Sanatorium in Pune, which is presently the National Institute of Naturopathy. He was deeply committed to natural and holistic methods of cure,” the ministry said. T V Sambasivam Pillai authored the ‘Siddha Cyclopaedic Medical Dictionary’, a work of unprecedented scale and erudition. Born on September 24, 1854 in Lucknow, Hakim Mohammad Abdul Aziz Lakhnawi was an illustrious physician and an outstanding teacher. He established a medical school in Lucknow in 1902 and named it Takmil al-Tibb, meaning, completion of education in medicine, the ministry said.

The ministry has also included Swami Kuvalayananda in the list, who was “instrumental in making Yoga more acceptable to the modern world through research work on Yoga techniques”. He published the first journal namely ‘Yoga Mimansa’ devoted to scientific investigation into Yoga. He founded Kaivalyadhama Yoga Institute in 1924, it said. Dr K G Saxena, an eminent homeopathic doctor, made Herculean efforts for the recognition and advancement of Homoeopathy and is also among the 12 healers.

“He was the first Honorary Adviser (Homoeopathy) to the government of India and also served as the Honorary Physician to Dr Rajendra Prasad, the then President of India. He was conferred Padam Shree award,” the ministry said. Other masters include, Vaidya YadavJi TrikamJi Acharya, a bright luminary and successful practitioner of Ayurveda, who founded the Ayurveda Granthamala Trust that published authentic editions of Ayurveda treatises.

Vaidya Shastri Shankar Daji Pade is revered for his prolific writing skills, scholarship, deep thinking and technical proficiency in Ayurveda. Another unsung AYUSH healer included in the list is Hakim Mohammad Kabiruddin, one of the most prolific writers and a great academician of Unani Medicine in the 20th century. He devoted his efforts in translating many important books related to Unani medical practice into Urdu language, the ministry said.