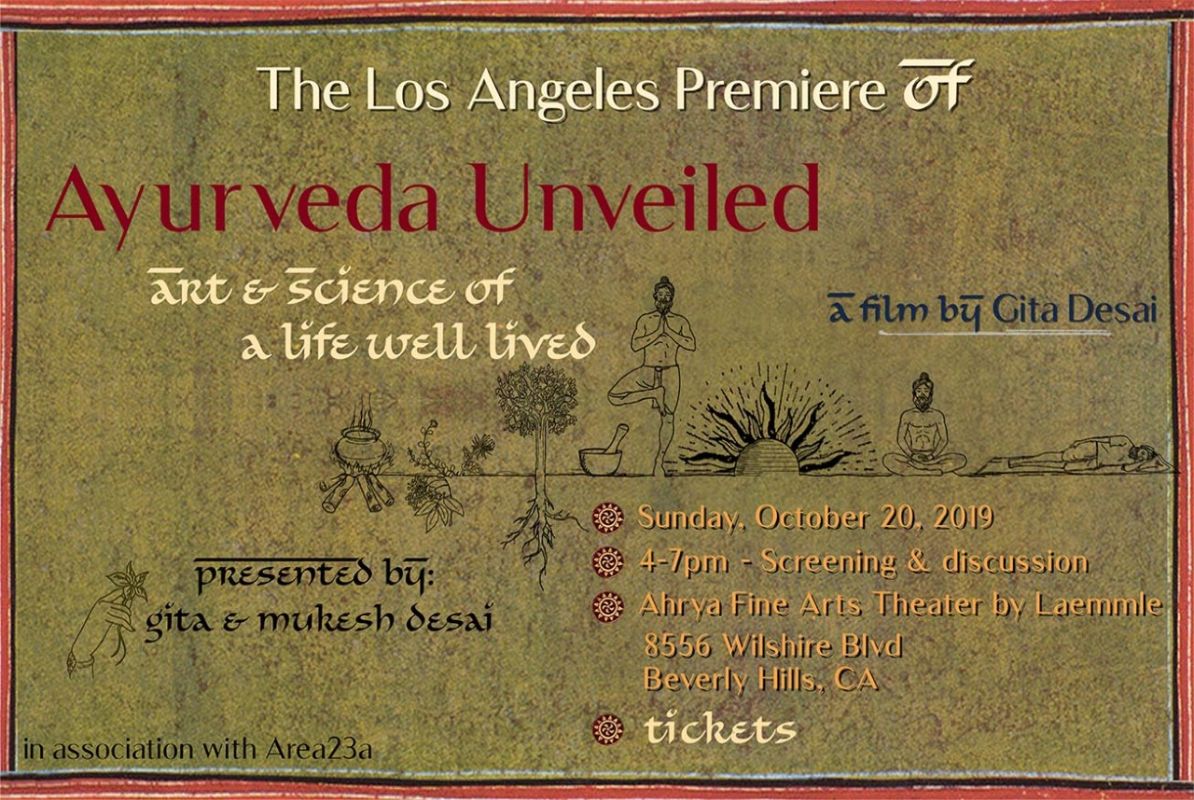 Ayurveda Unveiled is a comprehensive documentary film on the most ancient art and science of wellness in the world. In support of Yoga, the sages of ancient India developed Ayurveda, one of the most sophisticated body of wisdom which is timeless, changeless and universally applicable to all of humanity. The movie explores how Ayurveda is the only system of well being that uses the confluence of the body, mind, spirit & Mother Nature, in order to achieve the ultimate potential in each living being! It guides one through how Ayurveda prepares the body to realize Yoga which in turn addresses the higher realms of the mind and the spirit. It says that one cannot fully know Yoga without the knowledge of Ayurveda.

The documentary features commentaries from experts in the field of Ayurveda including Vaidya Ram Manohar, Dr Deepak Chopra, Dr. Vasant Lad, Dr. David Frawley, Dr. MS Valiathan, Sadhguru and many more.
Here, Sadhguru says, “Ayurveda is a science of enhancing life that needs a comprehensive approach.” According to Dr. Ram Manohar, “Ayurveda is trans-scientific as it accepts the methods of science but also goes beyond it.”
The movie talks about how patients should be empowered to be their own doctors and how Ayurveda vouches for harmony inside and outside.
It also explores India’s rich traditions from food to lifestyle that are an integral part of Ayurveda.