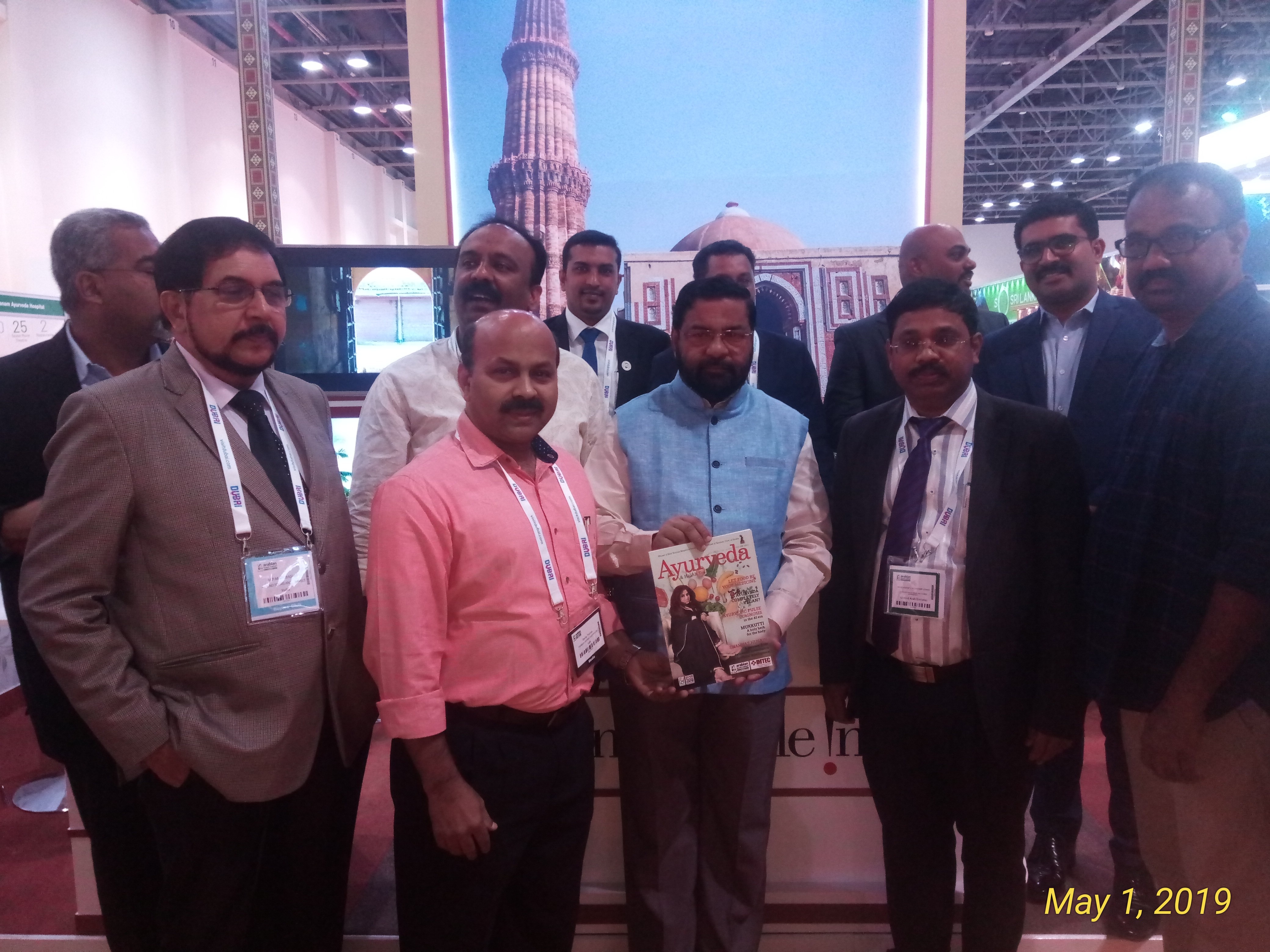 Seen in the above picture are: Kerala Minister, Kadakampally Surendran; Editor & Publisher of the magazine, Benny Thomas and other delegates.

This year’s ATM which took place for four days from April 28 to May 1; 2019 saw the gathering of hospitality professionals from every corner of the world.  The event which is in its 26th edition is considered one of the largest industry exhibitions in the Middle East. It welcomed over 2,500 exhibitors and around 40,000 attendees. Over 150 countries represented this year’s ATM and it witnessed over 65 national pavilions.

The event adopted cutting-edge technology and innovation as its main theme. This was integrated across all show verticals and activities.