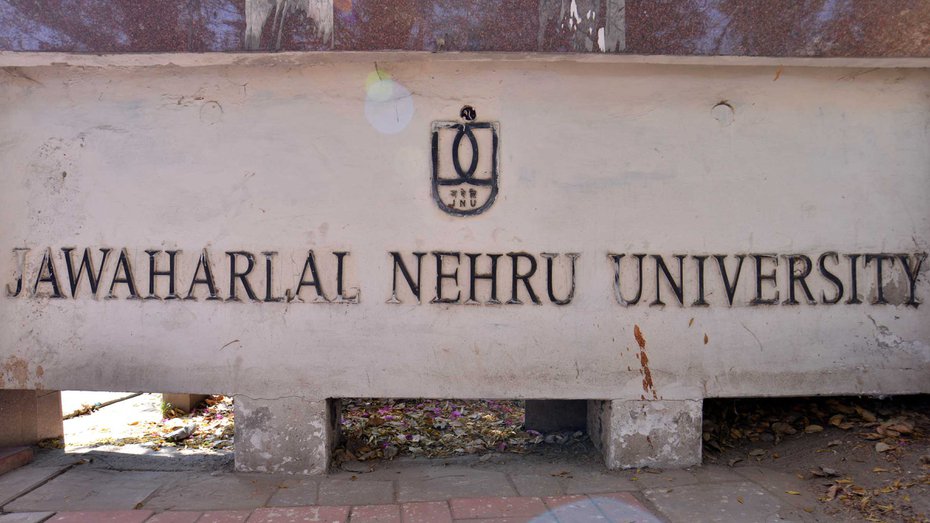 Jawaharlal Nehru University has made sweeping curriculum changes, including the introduction of an Ayurveda Biology course due to be offered by its Sanskrit school.

The changes were cleared at a meeting of the Academic Council, where teachers and students’ union representatives were kept out.

The proposal from the School of Sanskrit and Indic Studies to offer a five-year BSc-MSc integrated course in Ayurveda Biology — an item that was not on the agenda of the meeting –- was approved by the council.

Sanskrit dean Girish Nath Jha told the Telegraph that the course “would propagate traditional scientific knowledge which is available in Sanskrit and further enrich it”. The course syllabus will come up for approval at the next council meeting.

The Science and Engineering Research Board, under the Union ministry of science and technology, describes Ayurvedic Biology as “concepts, procedures and products of Ayurveda in terms of modern sciences such as molecular biology, immunology and chemistry”.

JNU would be the first to start a UG-PG dual degree programme in this field. Surprisingly, it is the Sanskrit, not the Life Sciences school, that will offer the course for which any Class XII-passed student is eligible even without a background in biology.

Jha said: “Candidates will be selected through an entrance exam which will have sections on Sanskrit and the sciences, including physics, chemistry and biology. This is not a medicine course, and graduates would be able to seek employment in Ayurvedic product companies, research institutions and schools. The idea is to improve Sanskrit teaching in schools and make Sanskrit more attractive for school students.”

He added that students would have an option to exit the course with a BSc degree after three years. Initially, the course, scheduled to start next year, will enrol 20 students.

“We have 15 faculty from Sanskrit, and 25 concurrent teachers from the science centres. We will also be recruiting more teachers,” Jha said.

O.P. Dadhich, academic dean of India’s premier National Institute of Ayurveda in Jaipur, told this paper that teaching such a course required professional knowledge of biology.

“Without understanding anatomy, physiology, pathology and botany, you cannot teach Ayurvedic Biology. Professional knowledge is required, and a vast knowledge of Sanskrit is not required. For Bachelor of Ayurvedic Medicine and Surgery (the degree for Ayurvedic doctors) institutions need to have at least a 100-bedded hospital, and the same would be needed for any institution to teach a course on Ayurvedic biology. Students would need at least knowledge of Class 12 biology to study this field,” he explained.

The newly elected JNU students’ union is yet to be recognised by the administration, which is deciding on complaints regarding the election, and the JNU Teachers Association secretary was not allowed to attend the meeting in the president’s absence.

JNUTA president Atul Sood said that members who attended were not given a printed copy of the proposal, which was flashed on a screen and passed, and the minutes are yet to be circulated.

“They are undermining the science of Ayurveda by suggesting that skills are not required. Any new academic programme has to be discussed. Where is the role of JNU’s renowned School of Life Sciences? The VC is clearly abusing his office to take decisions without deliberation,” he said.

Other changes include having a common entrance test for bachelors degrees in all foreign languages, a common test for MPhil and PhD courses in the same discipline and the creation of a new School of Indian Traditional Music and Dance.

An Academic Council member told this newspaper: “Several teachers objected to the new school as we already have a School of Arts and Aesthetics. Also, it was pointed out that Indian music and dance is dynamic and what is traditional today can be modern tomorrow, and vice versa. There are also multiple Indian traditions in these fields, and there is no defined single Indian tradition for these fields.”

He added that the objections on the unified entrance tests and other changes were summarily dismissed. “Besides, the new school, none of these items were on the agenda circulated before the meeting. The argument given by the administration was that the National Testing Agency (NTA) wants us to reduce the number of tests,” he added.

The NTA has taken over the conduct of the entrance exams from this year, and has switched from a descriptive to a multiple choice format. The JNU Academic Council has also decided to accept CAT scores for Indians and GMAT scores for foreigners for admission to the School of Management. A proposal to do away with MPhil courses has been kept in abeyance.

Registrar Pramod Kumar and vice-chancellor M. Jagadesh Kumar did not respond to messages from this newspaper.