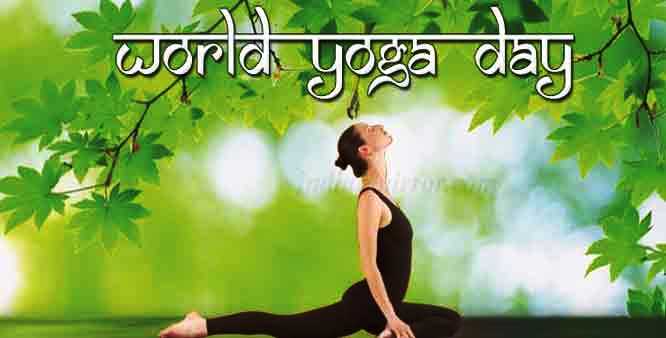 It’s been two years since we commenced the celebrations of the World Yoga Day with the United Nations General Assembly declaring on 11th of December in 2014 that  21st of June every year  as International Yoga Day.   There has been no going back since then. As usual, a lot of events have been drawn up for this year’s Yoga day too. India has made sure that this year’s Yoga Day  will also be as eventful and colourful as any other  such occasions. Some of the events that were a prelude to this  big day include:-

1)      A first ever National Yoga Olympiad was organized on June 18th-20th, 2016 by NCERT under the department of  Human Resources Development (HRD) in association with the Ministry of AYUSH.  Twenty five  state level teams participated in the event.

2)     Secretary, Ministry of AYUSH released a mascot on June 10th,inChandigarh for the  yoga festival.

It has been understood that Prime Minister Narendra Modi has proposed June 21st to be considered as International Yoga Day since this day is the longest day in Northern Hemisphere regions as well as of great significance for people in many parts of the world. This day is considered important for the people of more than 170 countries including the US, China, Canada, etc.

The day  has been celebrated globally now by organizing activities like  Yoga training campus, Yoga competitions and so many other programmes  to enhance the awareness about  the benefits of Yoga among  the common public all over the world. It is celebrated to let people know that regular practice of Yoga  leads to the better mental, physical and intellectual health. It changes the lifestyle of the people positively and increases the level of well-being.

This event is to make sure that people across the world  understand that yoga is not just about exercise, but to discover the senses of oneness with ourselves, the world and nature. Yoga is an invaluable gift of ancient Indian tradition. It embodies the unity of mind and body; thought and action; restraint and fulfilment; harmony between man and nature; and a holistic approach to health and well-being.

The AYUSH Ministry released a Yog Geet (song) in connection with the celebration of the second International Day of Yoga. The three-minute-15-seconds song in Hindi, is written and produced by Deeraj Saraswat and has been voiced by Gandhar TD Jadhav and Gatha Jadhav. “The music of the song is composed by Sumanto Ray,” a statement from the ministry said. The Yoga song was selected through a national-level competition organised by the Ayush Ministry. About 1,000 entries were received.